This is the most beer that has ever surrounded me in my life.

You can tell I’m cut out for the Irish lifestyle.

This past week was fun! Since my long day of work last Monday, work has involved massaging a couple butts (honestly though, I’m loving the massage experience) and Christmas dinner at a teppanyaki place! It was a lot of fun going out with the staff members after hours. They even made me take home the bottle of white wine, which is currently sitting on my desk, since we’re not allowed to keep alcohol in the dorm kitchens. *shrugs* 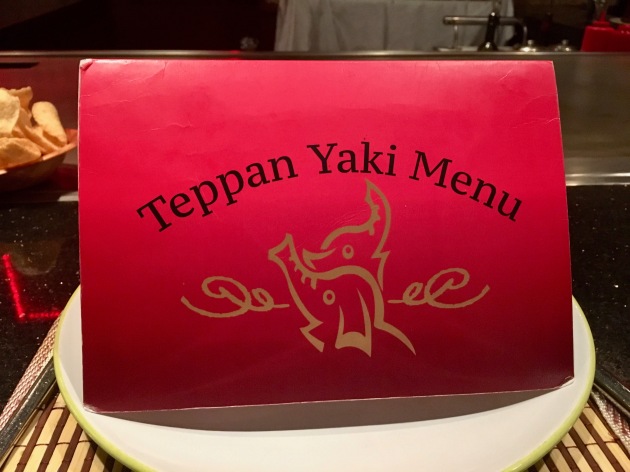 my tiny eyebrows are still on my face

‘Twas a super savory selection of meats and fried rice. It was just a lot of oil and soy sauce, but I still appreciated the Asian flavors. I hadn’t eaten Asian food since New York!

The music was very international as well. They played “La Bamba” and “Brown Eyed Girl”, which were random but also two of my favorites, so I can’t complain! 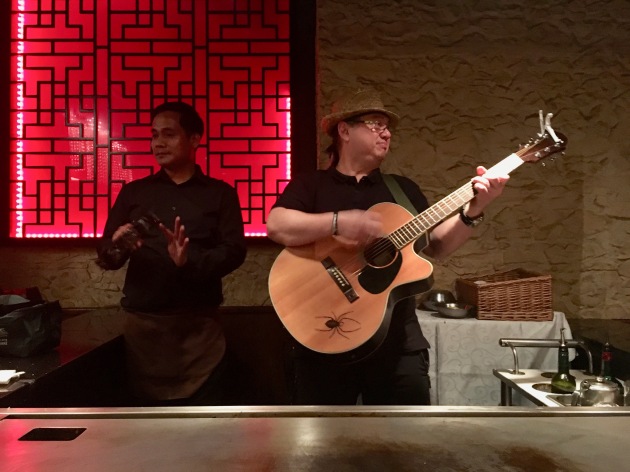 On Friday night, a few of my friends here invited me to join them for the Etihad Skyline tour at Croke Park, which was a tour of the Dublin skyline at dusk from the top of the biggest stadium in Ireland. It was such a unique experience!

The tour guide took us to the top of the stadium, which has a walkway all along its border, and then she pointed out all the landmarks around Dublin from there as the sun was setting.

We lucked out with relatively warm weather and no wind!

She gave us harnesses for one point on the tour when we were standing on a slightly precarious balcony that looked straight down to the stadium. 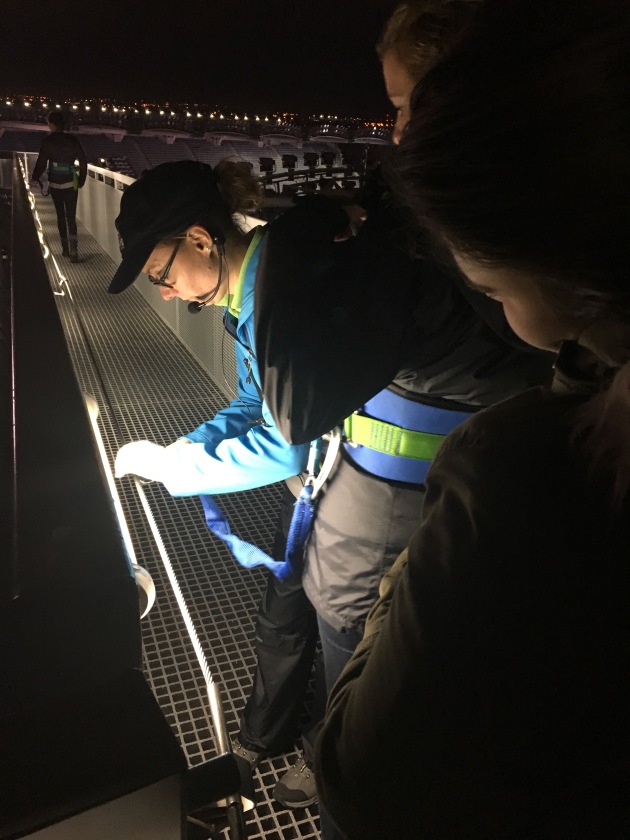 As long as you’re a competent walker, you don’t need the harness, but it adds an element of danger and fun 17 stories up, ya know?

The tour ended with a complimentary tea/coffee/hot chocolate, and we of course all chose the hot chocolate.

I hadn’t had hot chocolate in forever, and this Cadbury one was the bomb. The marshmallows were the best part.

Highly recommend the Etihad Skyline tour for something different in Dublin! We loved the view, the experience, our tour guide, and the hot chocolate 🙂

Saturday was pretty productive (WHOA!). I studied a bit, worked out, did some homework, did laundry, FaceTimed Madre, and went grocery shopping. In the evening, Megan and I did a mini mobile soup kitchen inspired by our friends back in Boston, who give out sandwiches, socks, blankets, and other goods to people who are homeless every. single. week. They are so full of love; we had to bring the love to Dublin too, even if on a smaller scale!

Then we headed to Mass at our favorite church and dinner. We had a pub called P.Mac’s in mind, but when we arrived, our plans slowly changed.

We got to P.Mac’s at around 7, and they were serving food until 7:45. Not a problem, except the atmosphere was definitely more bar than restaurant at that point. No one was eating food, and when we tried to find a table, people gave us weird looks. I asked a waitress if we could eat…then how we should go about eating…and where we should get a table. Basically, HELP US DO PUBS.

After probably only two minutes of walking around cluelessly, we decided that we weren’t cool enough for P.Mac’s after dark and left for a different restaurant. *sad trombone* 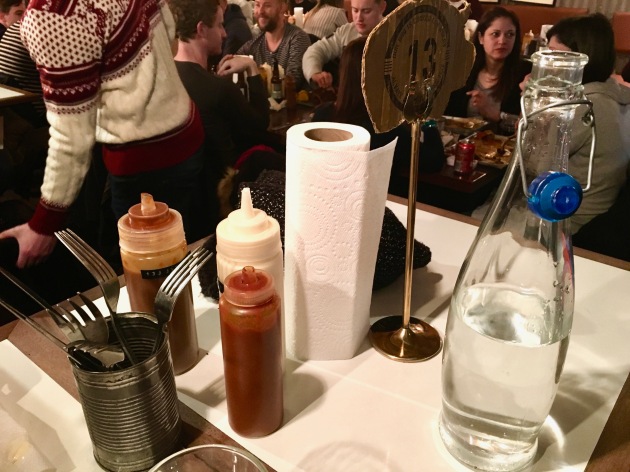 Pitt Bro’s BBQ was bustling (and had good reviews on Yelp, to be honest), so we waited for a table and dug into some satisfying pulled pork!

The pulled pork was awesome, but the sides were just meh. The mac and cheese wasn’t cheesy enough, but nothing some pulled pork can’t fix up.

We ate prettttty quickly because we were hungry hippos by the time our food arrived, but we had room for the complimentary, swirl-your-own vanilla soft serve!! 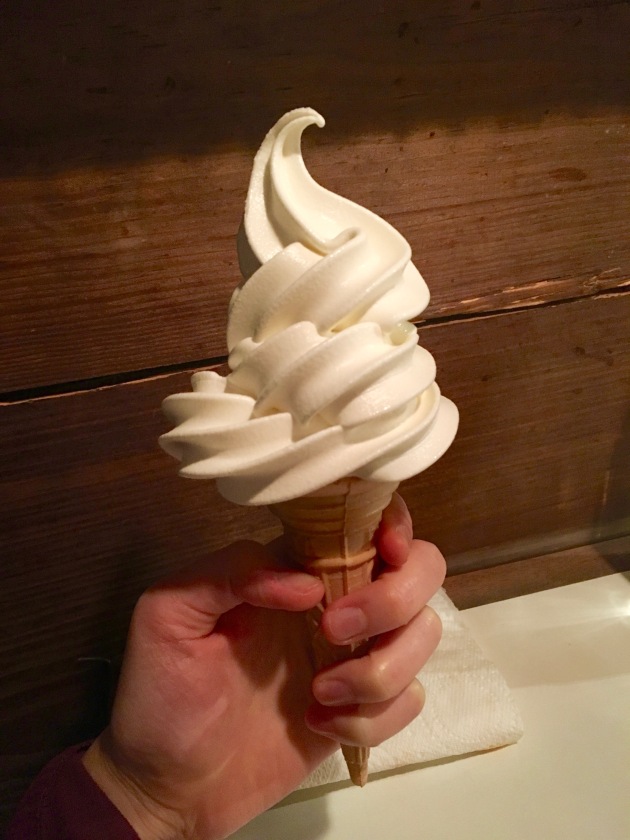 CLASSIC. It was so good. What a way to increase my itch for America.

We actually went back to church after dinner, because they had a prayer service with Adoration, confessions, and music going on. Better yet, it was hosted by young people our age! There have not been many people under the age of 60 at Mass in Ireland. It was a beautiful and unexpected night.

On Sunday, we brunched per usual 🙂 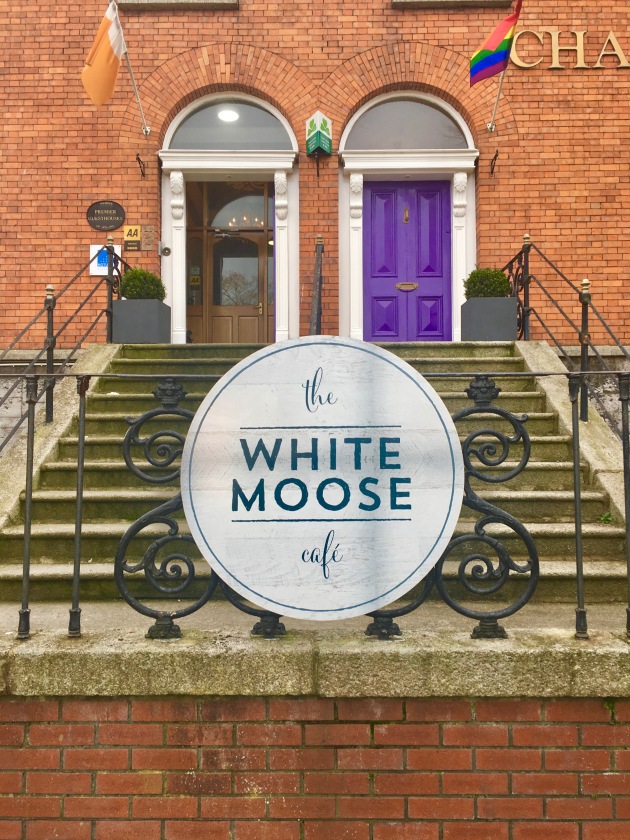 My friend Cassandra invited a few of us to White Moose Cafe, which was so cute and HILARIOUS. They had a “breastfeeding corking fee” (because they allow breastfeeding there, and they are known for their satire).

My food was delicious too! I had their spinoff of huevos rancheros, which was two baked eggs in a spicy sauce with chorizo, peppers, and kidney beans, served with homemade tortilla crisps.

Megan and I also split an order of silver dollar pancakes with berry compote and mascarpone cream. They were denser pancakes, but I enjoyed them.

Afterwards, Cassandra and I headed to the famous Guinness Storehouse! I don’t even like Guinness, but it’s an Ireland staple, so why not?

The museum itself was amazing. It’s self-guided, but the layout is seamless as you ascend the museum’s seven stories. 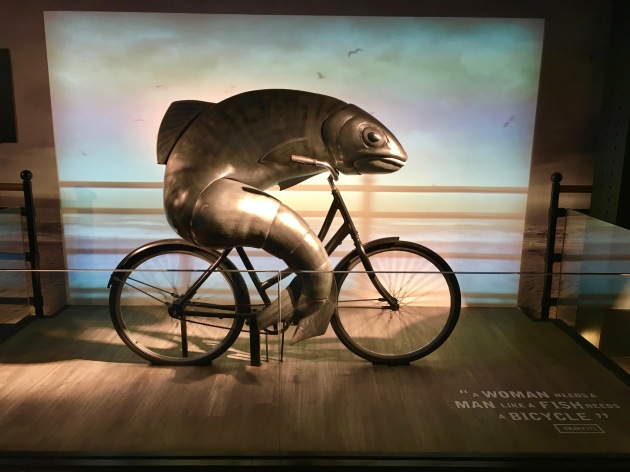 peep the bottom right quote: “A woman needs a man like a fish needs a bicycle” -graffiti

I didn’t see what that had to do with anything, but Guinness has a giant fish riding a bike.

Of course, the tour includes Guinness itself. We first learned HOW to taste Guinness. I had been doing it wrong (the two times I ever sipped Guinness).

At the end, we learned how to pour the perfect pint of Guinness and left as certified pourers. BOOM. Someone sign me up to be a bartender. 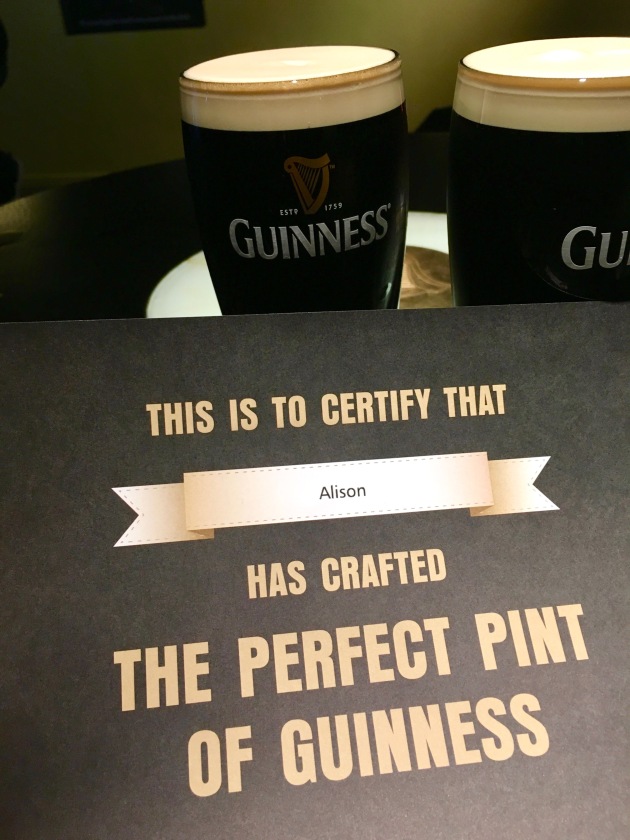 Lastly, we drank our perfectly-poured pints up at the Gravity Bar, which overlooks all of Dublin. 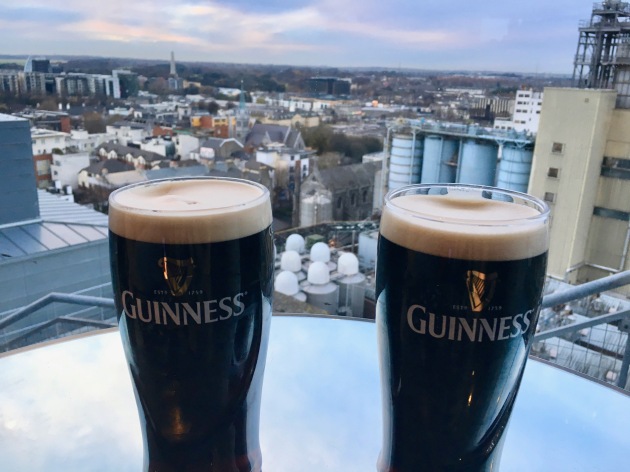 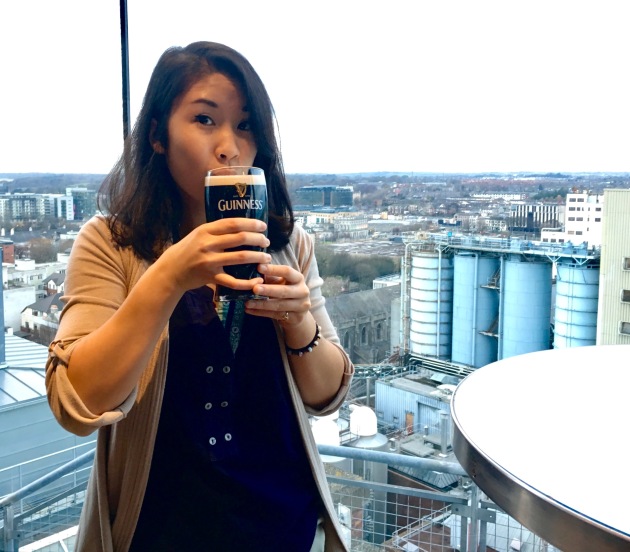 Like I said, I don’t love Guinness, but this Guinness was a lot better than the previous ones I’ve tasted. Something to do with the freshness (and my pouring skills), I’m sure! I could still only drink 1/4 of my pint. It’s a lot.

I’m glad I went though, because if there’s anything I learned in Ireland, it’s how to pour a Guinness. And that hops are plants.

Have a wonderful week, everyone! I have a more serious post coming for you on Wednesday… ooooooooooo.

Do you like Guinness? What is your favorite beer?

The best thing you ate this weekend!

Have you ever stepped into a place that felt too cool for you?