The city is exhausting!

New York City in particular has the most draining effect on me. I definitely love the city, and I’m so lucky to be living close to one of the greatest cities in the world.

Besides the walking and heat, there is so much stimulation from the millions of people, cars, lights, sounds, and smells. If you try to slow down, you will either get run over by an automobile or pushed over by busy people. That being said, walking, dodging flying objects/people, and climbing stairs for a few hours requires lots of fuel.

Actually, starting with pre-breakfast. I woke up hungry at 5 AM. Why. 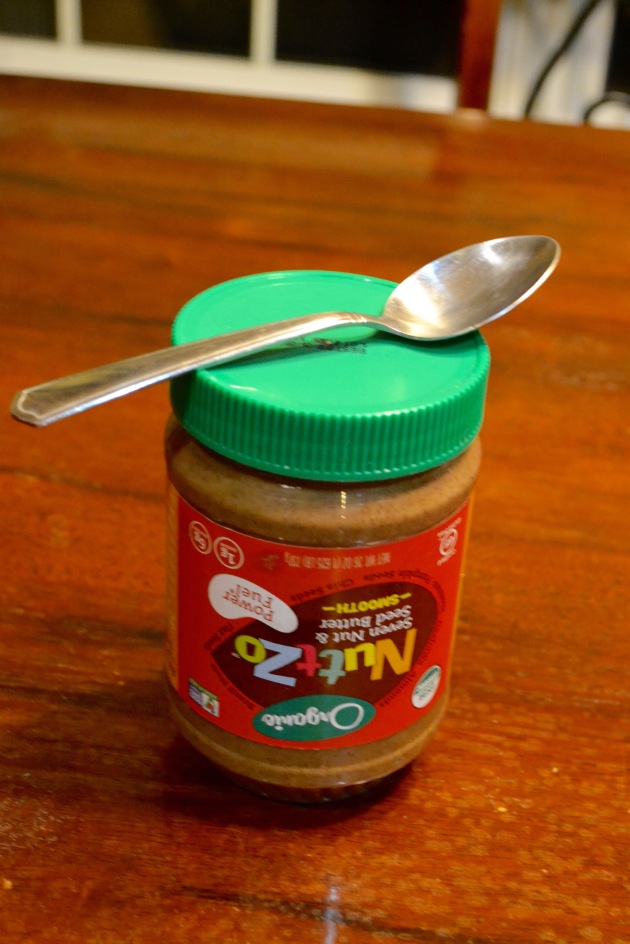 I tried going back to sleep, but then 6 AM came before I could. After dropping off dad at the train station, I was READY for breakfast. 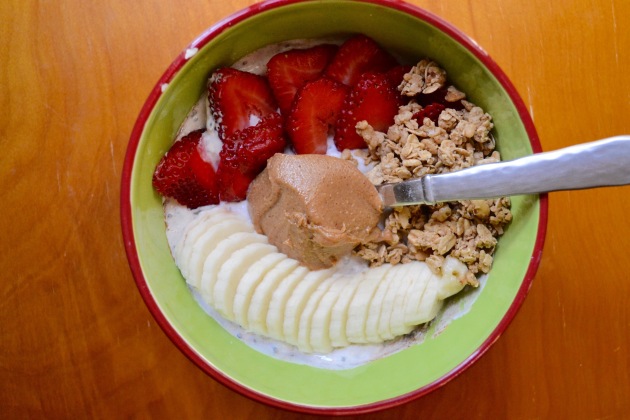 A little while later I warmed up a couple of strawberry cornmeal griddle cakes that I had froze, and I snacked on one with some maple syrup as a morning snack. I did get to sleep a little more too! 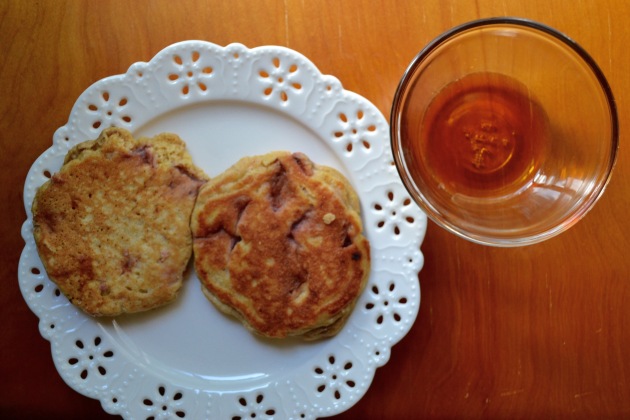 I took the day off from my {flexible, volunteer} internship to join up with some good friends from BU who are also NY/NJ locals, health professionals to be, and…Asian 🙂

By the time I had arrived at Grand Central and then walked 19 blocks to Shake Shack, I was a hungry, hungry hippo (<— always wanted that game when I was a kid).

We surprised our friend Dana with cupcakes and horridly off-pitch singing (on my part) for an early birthday celebration before ordering and chowing down on our burgers from Shake Shack. 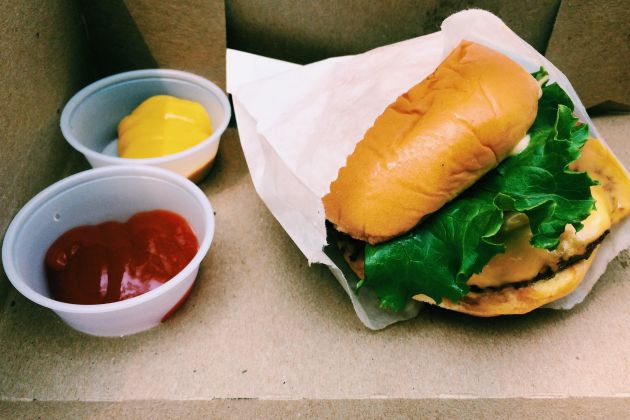 My first Shake Shack burger! It was perfect and I miss it already. 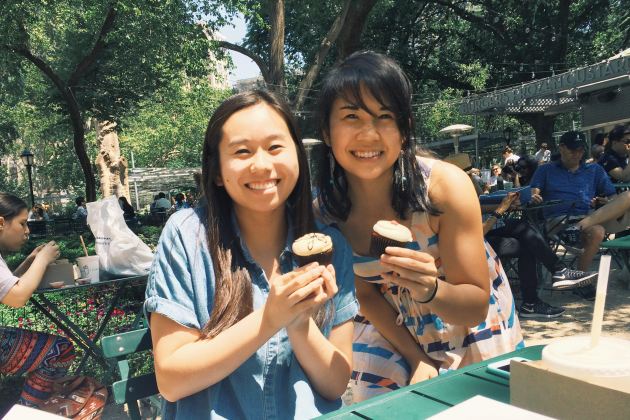 We trekked it over to High Line Park, where we took touristy pictures despite not being actual tourists. Before that though, we stopped by Eataly to use the restrooms, and LOOK WHAT WE FOUND. 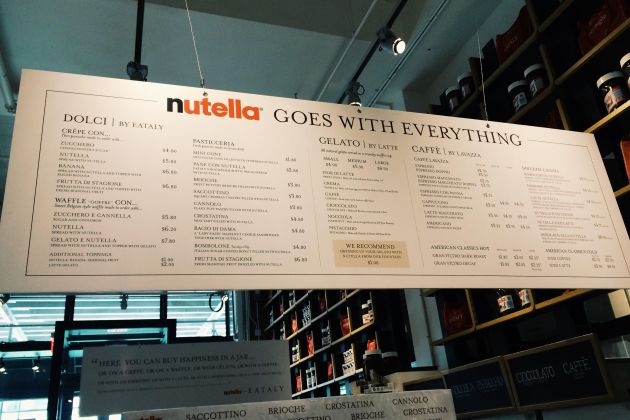 A NUTELLA BAR {inside Eataly, not inside the restroom}

Take deep breaths, I know it’s a lot to take in. We didn’t buy anything, but I need to go back to try it out soon!

Back to High Line… (thanks for the photos, Cassandra!) 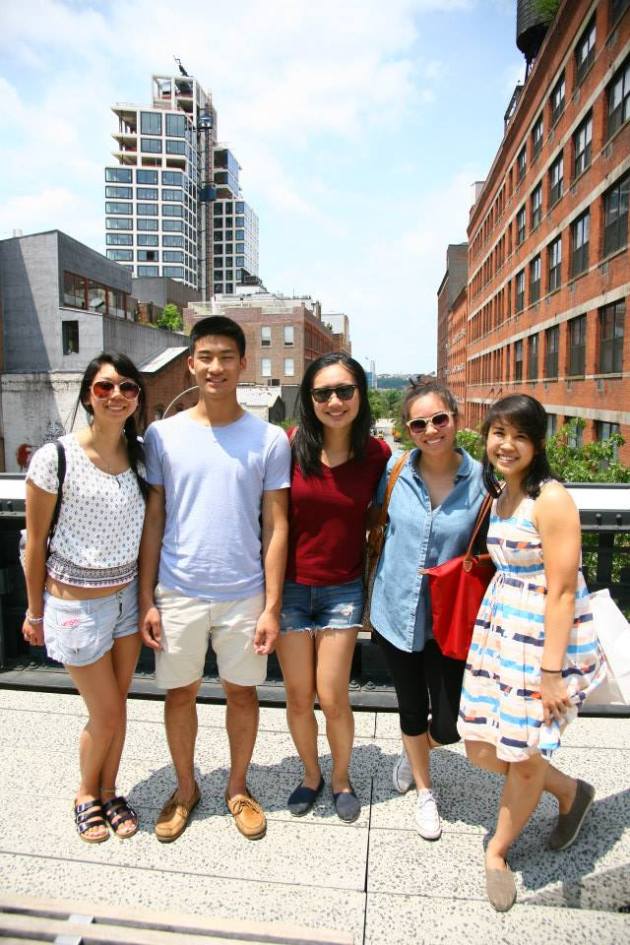 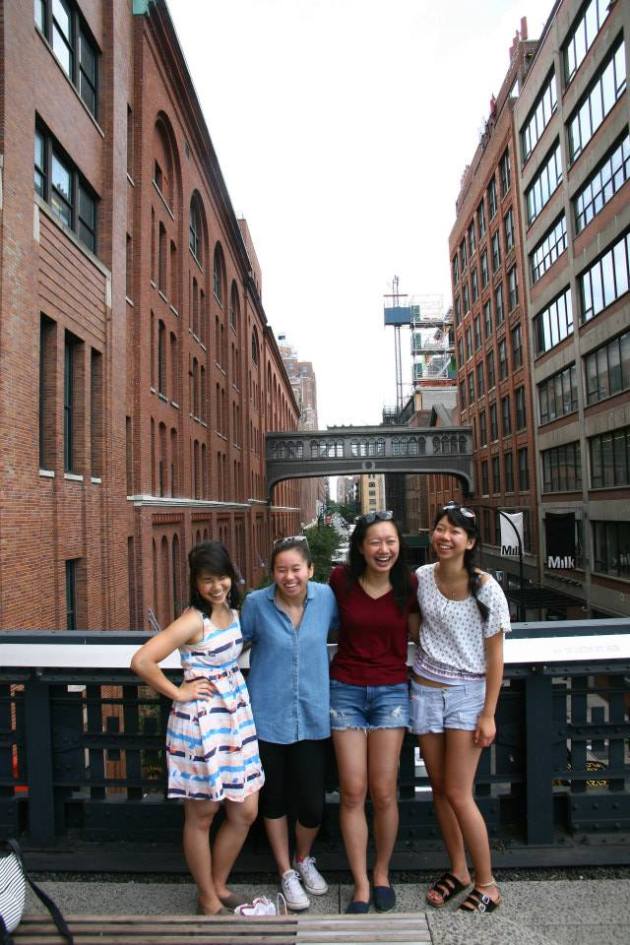 After High Line and a quick walk through Chelsea Market, we parted ways and went home. I took a nap on the train because I was dead meat. I think I felt almost as tired as I did after our 7 mile hike in Colorado!

My stomach felt weird when I got home, but I knew I needed a snack. Or two. 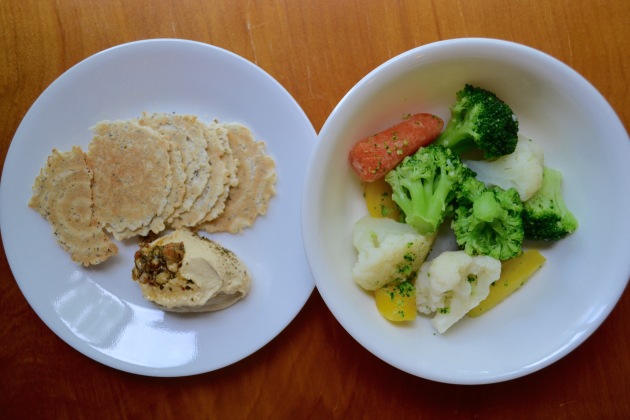 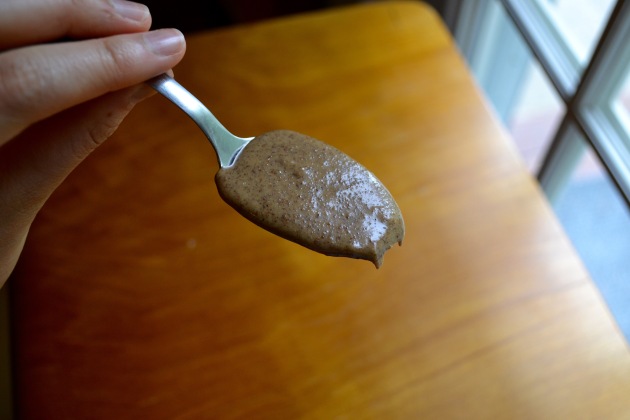 A couple hours later I ate caprese again as a dinner appetizer, along with the other cornmeal griddle cake from the morning. 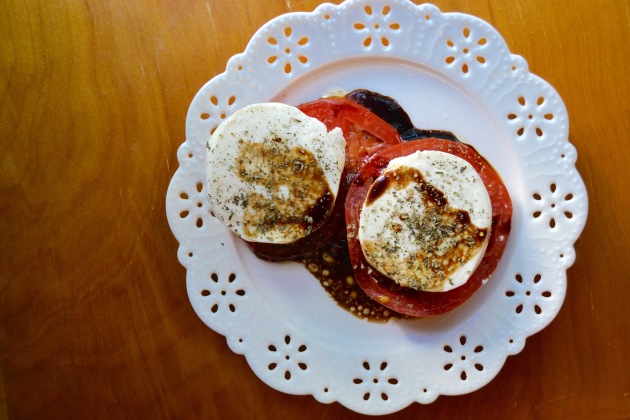 I was kinda full by the time I ate real dinner, but I didn’t stress out about it, ate slowly while conversing with Pop, and finished every last bite enjoyably! 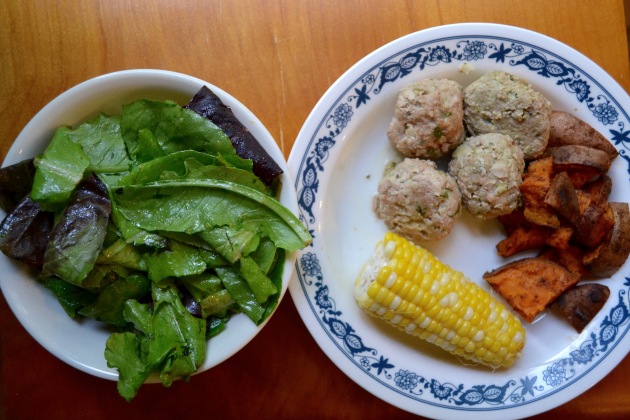 I microwaved it for 23 seconds (as suggested by a reader), and the Quest bar morphed into a Quest lava flow. 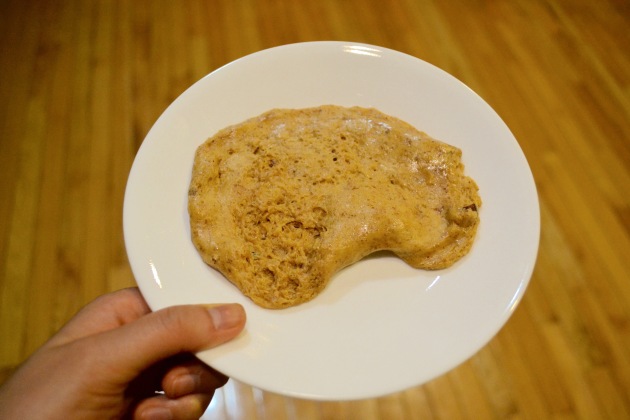 I should start making Quest sculptures when they’re hot

And that’s a wrap! ‘Twas a blessed day of eats as always.

I have one more day of my internship this week before I head up to Boooooooston for the weekend! 😀 Hope you all have a wacky Wednesday in the best way possible!

joining the WIAW party on Peas and Crayons!

Do you ever wake up hungry? It used to happen a lot more when I was depriving myself, but I guess it still happens once in a blue moon!

What is your favorite fast food burger joint?

Something sweet that you ate yesterday!

36 thoughts on “Fueling for a Day in the City”