If you are new to Moves and Grooves, you should know that Daliza is my best friend (real best friend, not Crockpot best friend). She’s so much like a daughter to my parents and a sister to me that she even made it into our family portrait from many years ago… 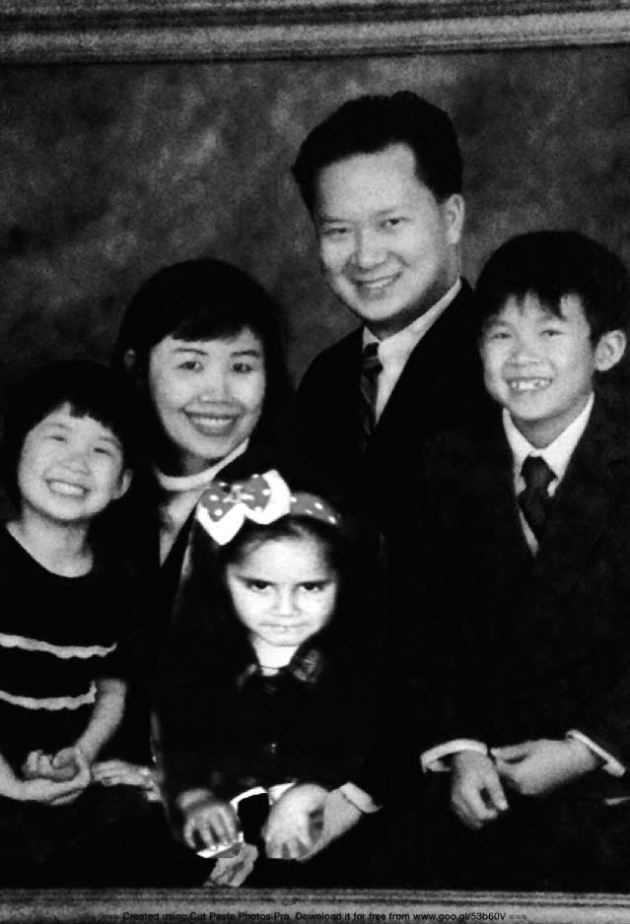 best photoshop of my life

A story from yesterday exemplifying how wonderful Daliza is:

I usually pick up my dad from the train station at night, but last night there was some miscommunication between my dad and me. I wasn’t there to pick him up on time and I wasn’t answering my phone, so he called a bunch of people asking where I was, and Daliza ended up getting a call from my brother while she was in class.

She didn’t have to leave or do anything about it, but since she cares about my life (thanks, babe), she left class to drive to my house. She called me and was prepared to pick up my dad at the train station. When I emerged from DANCE CLASS (mainly to see my old dance instructor, which I had told my dad about, but he forgot), I called all these people back telling them I was okay and I should have reminded my dad that I wasn’t going to be done until 8pm.

Poor Daliza was so nervous for me. Then she had to find out that I was just in dance class, so she drove back to class. This is one of the many reasons I love Daliza. I later delivered her food to say thank you and that I’m a bubble head.

This story is fitting because I’m sharing a vlog that I filmed with her this past weekend! It’s the “Questions Nobody Asks” tag from Youtube that I found randomly. I tried to trim all the fluff out of the video, but it’s still on the longer side, so I totally understand if you’re not down for watching it.

But Nemo also makes a cameo in this, so do it for Nemo if nothing else.

1. Do you go by a nickname?
2. When driving, do you listen to CD’s, tapes, the radio or nothing?
3. Are you a window person or an aisle person?
4. How do you relieve stress?
5. What’s your favorite childhood TV show?
6.When you were a kid, what did you want to be when you grew up?
7.What was the best prank you ever pulled off?
8.If you could have dinner with any three people, whom would you choose?
9.If you could get back any article of clothing you once wore, what would it be?
10.If you could hire any actor to portray you in a movie, who would you chose?
11.If you could play any instrument, which would you play?
12.If you could hear anyone in history give a speech, whom would you hear?
13.If you could live in one city for the rest of your life, where would you live?
14.If you could make any fictional character come to life, which would it be?
15. When you were a kid, what did you dress up as for Halloween?
16. Do you sleep with your closet doors open or closed?
17.If you could be any cartoon character, who would you be?
18. Do you take the shampoos and conditioner bottles from hotels?
19. Have you stolen a street sign before?
20. Do you sleep with your sheets tucked in or out?
21. Would you rather be attacked by a big bear or a swarm of bees?
22. Do you always smile for pictures?
23. Have you peed in the woods?
24. What size is your bed?
25.What was the best concert you ever attended?
26. What is your song of the week?
27. Do you still watch cartoons?
28. When was the last time you wrote a letter to someone on paper?
29. How many languages can you speak?
30. Do you believe in ghosts?
31. What was your first concert?
32. Cheetos or Fritos?
33. Can you curl your tongue?
34. Ever won a spelling bee?
35. Own a record player?
36. Who would you like to see in concert?
37. Sugar cookies or snickerdoodles?
38. Can you swim well?
39. Are you patient?
40. DJ or band at a wedding?
41. Ever won a contest?
42. Do you have kids?
43. Do you want kids?

Hope you all have a marvelous day. Thank your best friends for being there for ya.

One extraordinary thing your best friend or significant other has done for you.

Your answer to any of the vlog questions!

12 thoughts on ““Questions Nobody Asks” Vlog”