‘Tis the last day of the two-thousand-fourteenth year of our Lord. Whoa whoa.

I was still a mime yesterday since my voice was nonexistent, and I felt slightly worse than I did on Monday, which was odd and unfortunate. A nosebleed both after breakfast and after dinner threw me off a lil’ bit. All is well though. I slept in, ate a delicious breakfast (that I could indeed taste!), and accomplished a lot!

After nursing my nose, I chugged water and made some hot honey-lemon-mint water. I added lemon zest in addition to lemon juice, which created a beautiful aroma. 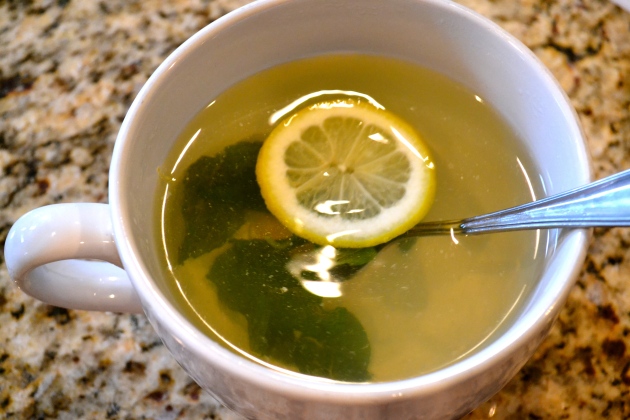 I joined mom for a trip to Home Depot and Walgreens to pick up some items for the house, and then I spent the rest of the afternoon snacking rather than having a real lunch, since I ate breakfast at almost noon. But in addition to snacking all afternoon, I studied my Boston University tour guide notes and did an ab workout and stretching for some moves.

Followed up by somethin’ sweet!

Banana with peanut butter and unsweetened shredded coconut— heck yes. To be honest, I spent a little time trying to maneuver the banana so that it looked…presentable for the photo. Bananas are forever awkward. Just like me. You are what you eat!

And nowww for the main event!

I’ve been loving reading other bloggers’ 2014 recaps and seeing friends and family post their reflections on social media. Of course, I want to join the end of the year party, so I’ve compiled twelve mini letters to myself for each month of the year. Basically, I’m going to tell myself how silly I was. And also how much I’ve grown as a person I guess. 😉

Thank YOU all for your incredible support through this little blog of mine. With so many changes happening this year, I wasn’t sure which path the blog would take, but I couldn’t be happier and more thankful for where it is right now. It’s all because of your love, encouragement, and conversation. Hugs, nut butter, and prayers for you all. ♥

Also, congratulations on your first workout video! Except not really, because you can’t even see your legs at some parts of the video, and it’s a leg workout vlog. Quality work, kid.

But you did realize something important— that you weren’t giving your body as much rest as it needed. Thank you for that.

I’m laughing out loud because of this gem of a vlog (your first one ever!). You’re such a loner.

You seem to like writing letters to people, because you wrote one to your future husband, who may not even exist. But keep on waiting, you!

Watching the Olympics was fun, eh? Mom’s frightening enthusiasm for the USA vs. Canada hockey game is a foreshadowing of the hockey excitement that you will experience in college…you just don’t know it yet.

You shared your eating disorder struggles for National Eating Disorder Awareness week. People appreciated that, and so did you.

You got asked to prom! You almost missed the prom-posal because you’re clueless, but you’re a lucky girl to have been asked by a great friend in such a cool way!

Fortunately and unfortunately, you danced in your very last Benefit Concert with Company. It was a crazy week, but the memories are cherished.

College visits, hay hayyyy. You fell hard for University of Maryland and didn’t care too much about University of Virginia (but you did meet two of your favorite bloggers, Kath and Clare, while in Charlottesville eee!!!). At one point, you were set on becoming a Maryland Terp.

But then the kicker came, because there’s always a kicker. Boston University stole your heart and ran away with it. The end. 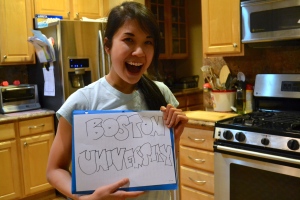 You’re legal now! Now you look like you’re 13 years old instead of 12!

Wow, a LOT happened this month…

You guest starred on The Big Man’s World, no way! He probably just bribing you for mom’s home cooking. (Jokes, you da bomb, Arman.)

Second vlog is also in the books, look at you! Slightly less awkward than the first vlog, but you still talk too much.

One of your most doofus moments of the year happened when you hurt yourself doing burpees. You will still have the scar 6+ months later.

Aww, you made friends and met your roommate at college orientation! You’re tired of meeting new people, I know, but the best is yet to come.

You did it! You finished high school and you even managed to become valedictorian. Of course you made your speech about social media. You can’t get away, can you? 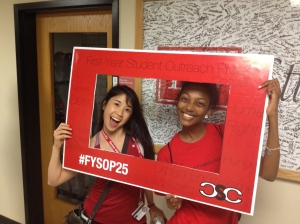 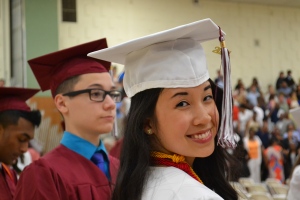 You recognized a new kind of discipline— the discipline of not exercising. Never thought you’d think that, huh?

You had probably the best vacation ever to Florida with your best friend, Daliza. Your family has practically adopted her. You guys did yoga outside, went to the beach and the farmers market, went to Disney World, went to Harry Potter World, saw Us the Duo in concert (only two days after you discovered them), and much more.

You also made this charming favorites vlog with Daliza, which you two thought was the funniest thing to ever exist. But no one else did. Also, let Daliza do your editing from now on. 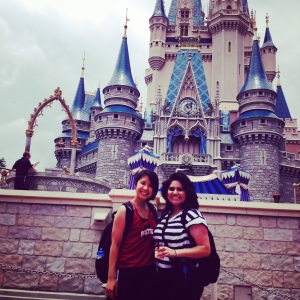 Because you took a break from exercising last month, you’ve changed the way you see yourself for the better. Kudos!

And then you hurt yourself doing yoga. Minus one for you. But then you did your first tripod headstand, so I guess you gain that point back.

Never underestimate the power of house renovations. That ish is a serious workout.

The moment you’ve been waiting for has arrived! Goodbye, NY and hello, Boston!

The First Year Student Outreach Program at Boston University was a blast for you! Exhausting, but an absolute blast.

Wanna know what else is exhausting but an absolute blast? The dining halls at BU. I mean…classes and activities and all that jazz.

Your favorite memory of the semester was the fall retreat with the BU Catholic center this month. That’s a little taste of Heaven for ya. 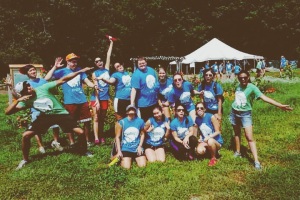 It’s natural to compare yourself to others, but you’ve realized that you’re not the girl next to you. You’re you, and that’s a wonderful thing. True balance in eats and exercise have arrived as a result of this mindset.

Hey, you finally went apple picking! Welcome to the northeast! Savor those apples because dining hall apples will make you sad forever after you’ve eaten fresh ones off the tree.

You and your friends have come up with perhaps your best Halloween costume to date. Grandma Twerk. I miss the bubble butt. 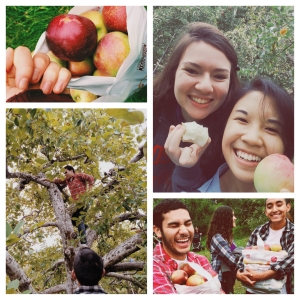 Stay sharp, because someone special is going to visit you! Oh, too late, you’re clueless. But Daliza visited you in Boston! Stop crying in the middle of the sidewalk, you’re in the way of busy students.

You ran the farthest you’ve ever run! 5 miles. Just admire that distance, because it won’t happen again in 2014. Maybe 2015. At least you’ve given running a shot!

Take the turkey out sooner for Thanksgiving next time.

First semester is over, can you believe it? You’ve learned a great deal.

You also loved a run? I barely recognize you anymore.

And now, here you are in Florida without a voice, typing this post…oh, hi. Me. Your number one lesson that you’ve learned this year was to just ride the waves (figuratively). Your word for the year was “now,” and I think you’ve developed upon that. You learned to let go of situations that you cannot handle, and you’ve made the conscious decision to not pity yourself yet still be willing to ask for help. In doing so, you’ve let yourself learn many little lessons, and you’ve found greater contentment. I’d say 2014 was transformative.

Hope you all have a safe, fun, and fabulous New Years!

What is the biggest lesson you’ve learned in 2014?

Three of your favorite memories from this year.

What are you doing for New Years Eve?