Who guessed it?! Because I didn’t.

My mind was playing ping pong these past two days as I contemplated whether I wanted to go to Boston University or University of Maryland, but in the end, I just felt more at peace with BU. I didn’t have to flip a coin either 😉

Officially a terrier! So fierce, I KNOW. 😉

So I ended up doing something in the middle— I wrote “Boston University” in block letters on a sheet of paper, and when my parents were just chillin’ in the living room, I said, “Dad? Mom?” They both turned around to see me holding this: 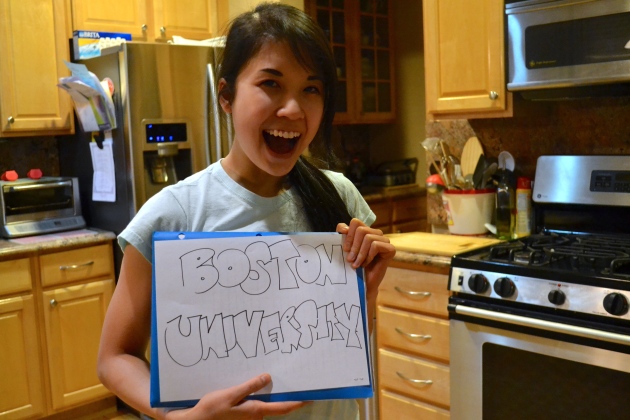 All credit goes to God. I have no doubt that His hand is in all of this, as it always is.

I’m excited for this adventure!